Alice lives two doors down from Bob. They speak to each other over a tin-can telephone, with a taut string running from Alice’s window to Bob’s. But months later, Alice discovers a second line tied to it, running into Eve’s window! Eve has been listening in! Appalled, Alice visits Bob with the news. What can they do to defeat Eve’s wiretap? Alice suggests that they use a secret code. But Bob has an entirely different plan! “Here’s what we’ll do,” Bob says. “I’ll play loud white noise at my end. With all that noise on the line, Eve won’t be able to hear you speak. But I’ll be able to, using my new noise-cancelling headphones!”

This obscure encryption method was described in October 1944 by a Walter Koenig Jr, who compiled a report on Project C-43, a secret wartime research project on “speech privacy.” In Section 9, “Masking Systems”, Koenig writes that 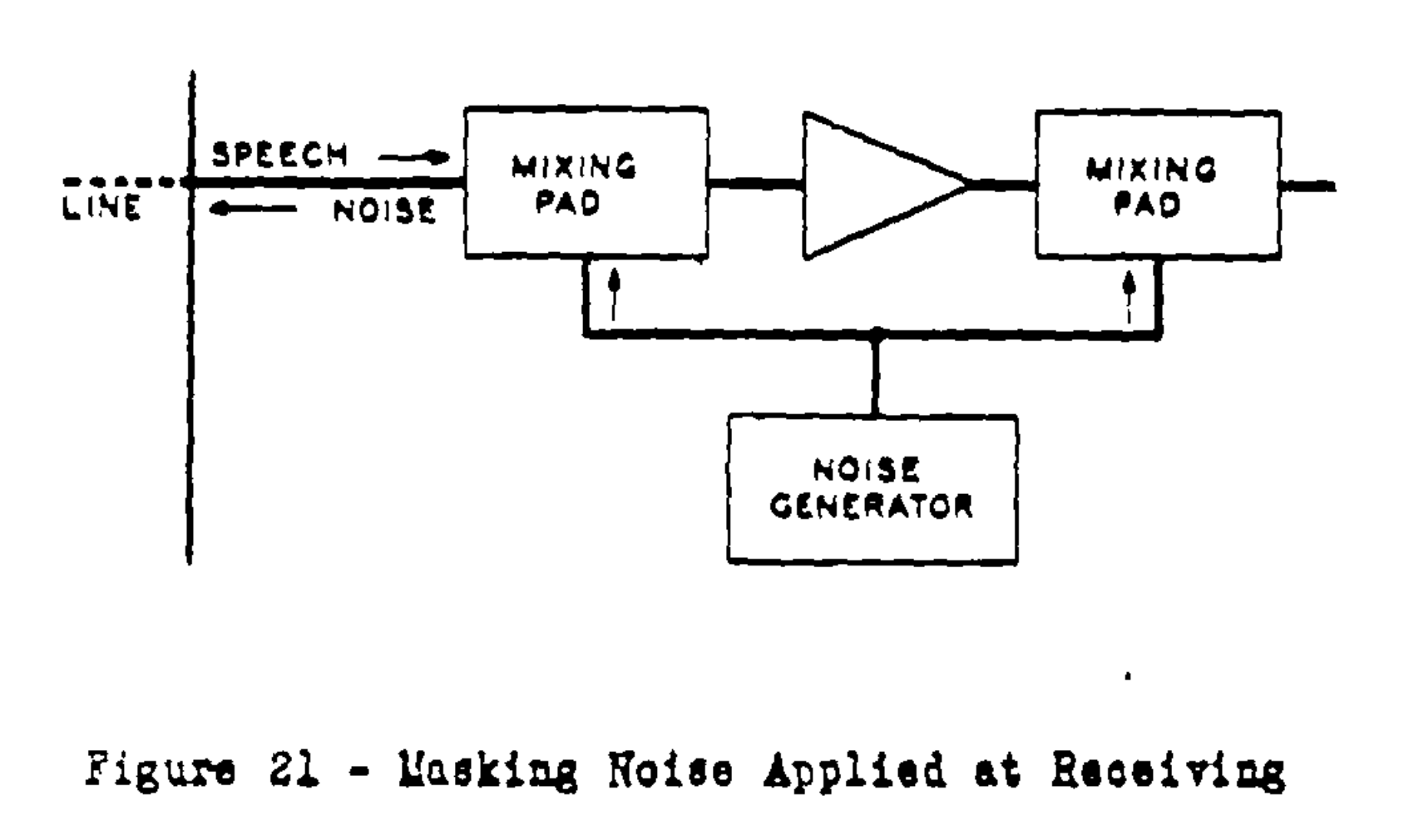 One of the first schemes which is likely to occur to a person considering how to make speech private is to add noise or other disturbing signal to the speech and remove it at the other end, in other words, to mask the speech. [... But in another] system, noise is added to the line at the receiving end instead of at the sending end. Again, the noise can be perfectly random. Since the noise is generated at the receiving end, the process of cancellation can, theoretically, be made very exact.

From Koenig’s almost-lost observation, we can trace an unbroken line through to modern asymmetric encryption algorithms! The document apparently moldered, unread, for 25 years, before it was picked up by James Ellis at GCHQ. Inspired by Koenig’s report, Ellis wrote in another secret paper, The possibility of secure non-secret digital encryption, that 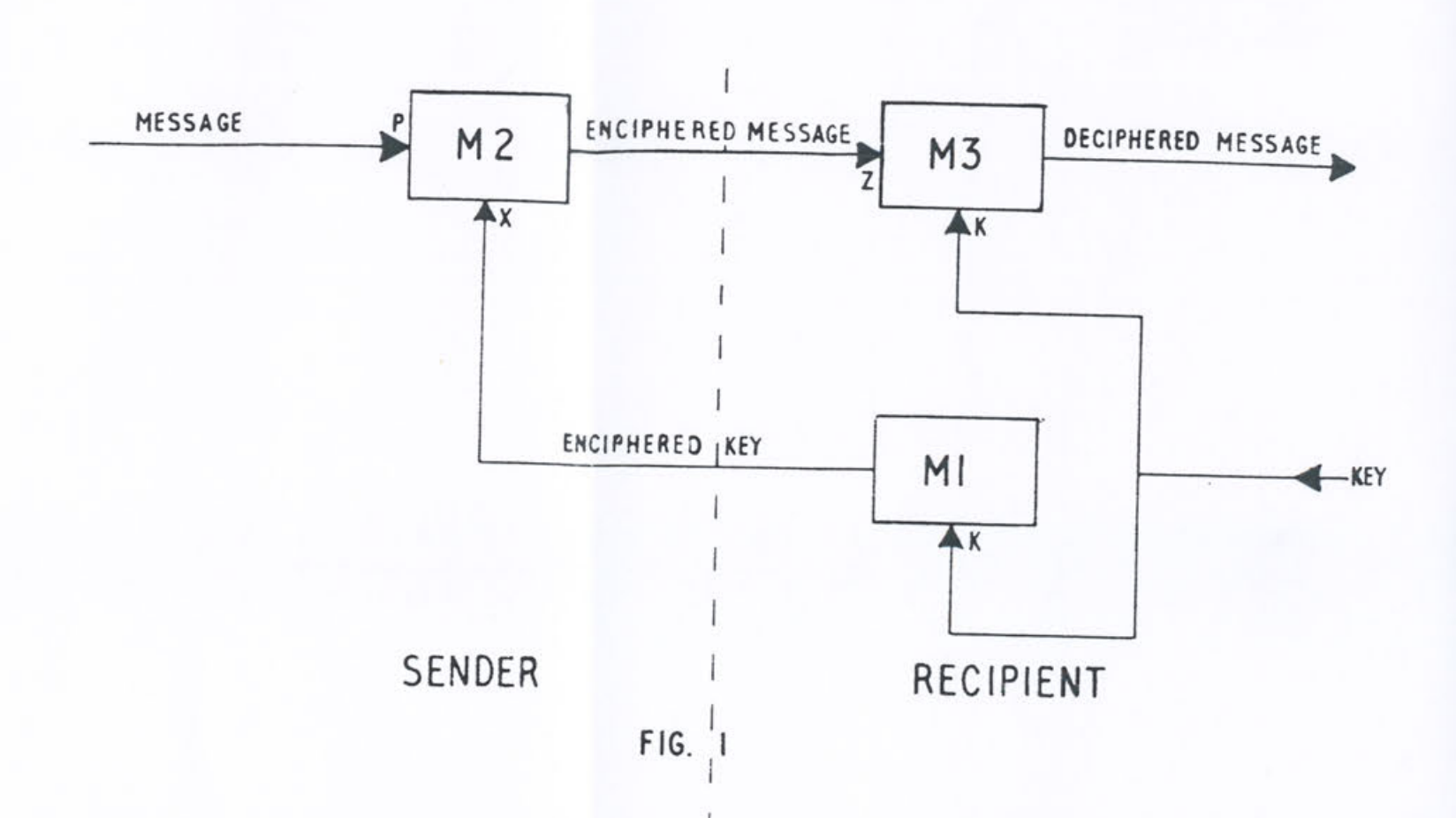 An ingenious scheme intended for the encipherment of speech over short metallic connections was proposed by Bell Telephone Laboratories [i.e., Koenig’s paper] in which the recipient adds noise to the line over which he receives the signal. ... The above system is essentially analogue ... The problem with which we are now concerned is that of trying to find a digital system which is non-secret ... We shall now describe a theoretical model of a system which has these properties.

Ellis sketched, in a diagram resembling Koenig’s, three machines M1, M2, and M3. These would derive a public key, encrypt, and decrypt. He described how to implement these using impossibly large lookup tables, but was unable to find a practical solution. Three years passed until a young Clifford Cocks finished the job in a sparkling secret one-pager.

Ellis and Cocks’ work was declassified in 1997, and by now is well-known. But the legacy of Walter Koenig Jr is almost lost, the signal drowned by noise generated about an unrelated Star Trek actor. And, since Koenig’s report was a compilation of many people’s work on Project C-43, we’ll probably never know which bright spark had the idea of adding noise “at the receiving end, instead of at the sending end.”

Tagged #programming, #history, #fave. All content copyright James Fisher 2019. This post is not associated with my employer. Found an error? Edit this page.